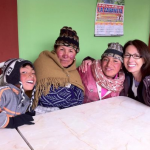 Marie with (R to L) Senna, Señora Leonor, and Henrri in La Rinconada, Peru, the highest human habitation in the world (18,500 feet). Please do not reproduce these images without permission. All photos by Gina Nemirofsky, 10×10.

In January of 2012, Marie was invited by L.A. director Richard Robbins to write the South American portion of a full-length feature film on girls who live in poverty in perilous places around the world. Robbins, whose last documentary, “Operation Homecoming,” was a finalist for an Academy Award, was intrigued by the evidence put forth by social scientists that if a community at risk educates its girls, it will experience a remarkable turnaround: Educated girls marry later, they have fewer children. They earn more money. They’re far less vulnerable to sexual abuse and exploitation. They immunize their children and educate the next generation and that starts a ripple effect that transforms families, communities and entire countries.

Backed by the Documentary Group, a company based in Los Angeles and New York City, Robbins embarked on a project to capture this phenomenon in film. The result is a powerful new documentary, “Girl Rising.” 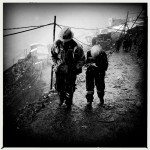 Marie was invited to write a script centered on the story of a young 14-year-old girl who lives in La Rinconada, Peru, the highest human habitation in the world. La Rinconada sits at 18,400 feet in a glacial mountaintop in the Andes. It is one of the richest goldmines in Peru, which is one of the largest suppliers of gold on the planet. It is also a lawless town of more than 50,000 men, women, and children, who live in tin huts with no water, sewage, or the most basic human needs. Poisoned by mercury and cyanide, plagued by sexual slavery, AIDS, and rampant alcoholism, La Rinconada is no place for a child. 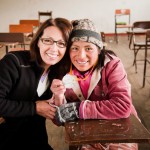 And yet, when Marie traveled to that airless, toxic mountaintop, she met Senna, a young girl whose passion for poetry and determination to go to school was in startling contrast to the misery around her. She was an ideal subject for “Girl Rising.” Marie completed the script about Senna in the spring of 2012 and the segment was shot in late May. Senna will be the sole representative from South America in this movie written by 9 female authors about 9 girls in 9 countries around the world.

You can find more about this fascinating project and the extraordinary campaign it has already engendered in the film’s website:  10×10. 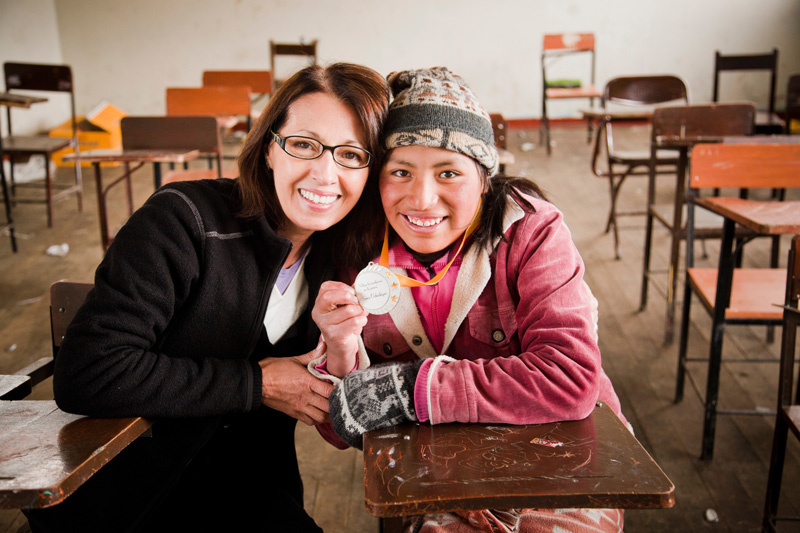